Agrippa Maintainer is a character and the secondary antagonist of Turn A Gundam.

Agrippa is the hereditary governor of the Moonrace's cryogenic stasis chambers, as well as Dianna Soreil's chancellor. When Dianna goes to Earth, Agrippa takes the opportunity to consolidate power in space and try to become King of the Moon. He plans to ship all Moonrace citizens with criminal or warlike tendencies to Earth, so as to keep the Moon free of conflict. 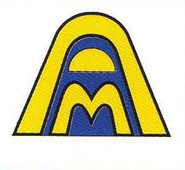