One of the 72 Gundam Frames created during the Calamity War about 300 years ago.[1][2] The Gundam Marchosias' unique natural frequencies were recorded in an old database owned by Gjallarhorn, confirming its deployment in combat.[1][2] The Gundam Marchosias' wing-like binders on the back give off an elegant presence.[1][2][3] However, four sub-arms were installed into the binders on the back and waist that can be unfolded when lunging toward enemies, resulting in a demonic appearance truly suitable for the Gundam Frame units which were named after demons.[1][2][3]

The main armament of the Marchosias, this close combat weapon is created to counter the Nanolaminate Armor of mobile armors.[1][2] It can be used as the Bastard Mace when combined with its heavy scabbard, which is mounted on the MS' back.[1][2]

A close combat weapon that is easy to use.[2] One is stored in each binders for a total of four Short Swords, which are mainly wielded with the sub-arms.[1][2]

A defensive armament mounted on the left forearm.[2] It adopts a small size to minimize interference with the deployment of the sub-arms.[1][2]

The armor on the back of the forearms can be used as striking weapons and their designs allow them to turn aroaund and be used like claws.[1]

A pair of railguns are located in the waist binders and they are the only firearms on the MS.[1]

The most prominent features of the Marchosias are the four binders on the back and waist.[1][2] They all function as sub-arms designed with the intention of facing mobile armors, which have non-human forms, in various combat situations.[1][2]

Gundam Marchosias' name was not among the 26 Gundam Frames that were currently confirmed to exist, and is thought to be one of those lost during the Calamity war about 300 years ago.[1][2][3] It is unknown who the pilot was at the time of the war, and all clues leading to the whereabouts of the MS are unnaturally missing.[1][2] 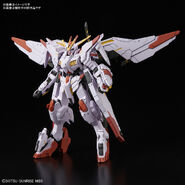 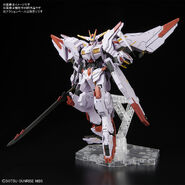 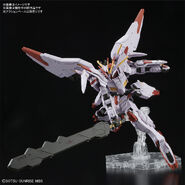 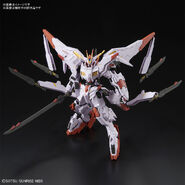 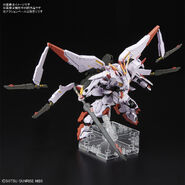 Retrieved from "https://gundam.fandom.com/wiki/ASW-G-35_Gundam_Marchosias?oldid=458188"
Community content is available under CC-BY-SA unless otherwise noted.