The only close combat weapon of the Geara Zulu (Guards Type) is a single beam tomahawk, which, when not in use is mounted on the rear skirt of the suit. The head of the beam tomahawk has two beam emitters, one on the side that emits the axe-blade, and the second on top that emits a beam spike that can be used for stabbing attacks. 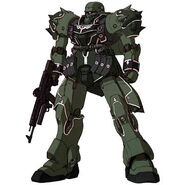 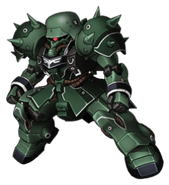 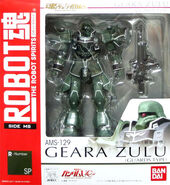