A Gunpla based on the Impulse Gundam and used by Karuna.[1][2] It excels in terms of melee ability, aquatic combat, and top speed, and is also customized to fight in cooperation with its sibling unit, the Impulse Gundam Arc.[1][2] The combining structure of the original Impulse has been simplified, and because of this, the Impulse Gundam Lancier can only separate into the Chest Core Flyer (upper body) and Leg Flyer (lower body).[2]

While the original Impulse's Silhouette System is omitted, its concept is retained, with the Impulse Gundam Lancier and Arc being able to swap their Leg Flyers to change their performance characteristics.[1][2] The combination of Lancier's Chest Core Flyer with the Arc's Leg Flyer resulted in the formation of the Impulse Gundam Lancier-arc, which excels in shooting and acceleration like the Arc.[2]

Missile Launchers are stored in the side skirt armors and they can also be used in Leg Flyer mode.[2]

Defensive armament mounted on the left forearm. It can combine with Lancier Javelin to form the nose of the Chest Core Flyer.[2] 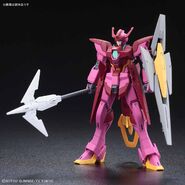 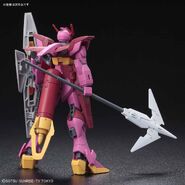 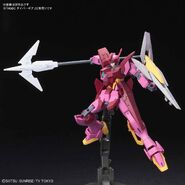