A Gunpla created by Kyoya Kujo that combines elements of the AGE series units used by three generations of the Asuno Family. It uses the AGE-1 as its base and various sections of its body are armed with equipment from AGE series units such as the DODS Cannons, Funnels, and legs that can change into a High Mobility Mode similar to the AGE-3 Orbital's. The Gunpla also incorporates the Try Age System, enabling it to summon armaments and abilities from various Mobile Suits using designated cards. This allows a wide variety of tactics and results in a powerful new unit suitable for use by the Champion.[1]

Designated equipment for the Gunpla, it is a DODS Rifle with a long barrel and is also called a Long DODS Rifle. It can switch to precision shooting mode by rotating its barrel.[1]

Beam Blades can be directly generated from the forearms. Their output is equivalent to that of the Gundam AGE-3's Beam Sabers.[1]

A multifunctional unit installed onto the back. When the cards are read by the Try Age System, its frame expands to reveal beam cards. It is a unit with a wide range of functions that can also be used as a Beam Cape with high defensive capabilities as well as the TRY Slash Blade, a huge beam sword, when the unit is removed from the back.[1]

A Perfect Rare reward that can be obtained in GBN and is incorporated into the Gunpla by Kyoya. This system enables the summoning of numerous types of armaments and abilities from Gundam-type and other Mobile Suits using designated cards.[1] 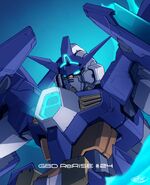 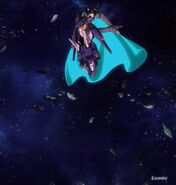 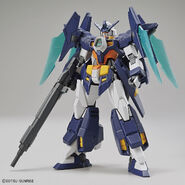 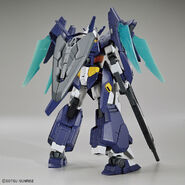 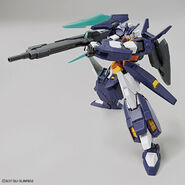 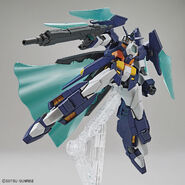 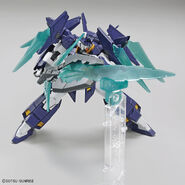