The AGE-3F Gundam AGE-3 Fortress is a heavy assault wear variation of the AGE-3 Gundam AGE-3 Normal that appears in the Kio Arc of Mobile Suit Gundam AGE. It is piloted by Kio Asuno.

The Gundam AGE-3 Fortress is a wear of the Gundam AGE-3 that was designed to fight on Earth's natural environments such as deserts and swamps.[2] As it was formed using the Core Fighter and the G-Hopper, which like the G-Cepter, is capable of autonomous flight without the use of the AMEMBO.

The legs of the AGE-3 Normal features powerful built-in hover units,[3] allowing it to maneuver through desert and swampy terrain with no effort. However, because of this special feature, flight capabilities were sacrified, although flight capabilities remain possible when they are split into their respective parts. As the AGE-3 Fortress has more than twice the total firepower of the AGE-2 Double Bullet, it dominates the battlefield literally as a "Mobile Fortress",[4] able to take down Vagan suits completely through brute force.

The AGE-3 Fortress's main weaponry is four SigMaxxis Cannons equipped on the mobile suit, each having the same firepower as the SigMaxxis Rifle. When fired simultaneously, it can create powerful blasts that can wipe an entire Vagan force.

The only armaments of Gundam AGE-3 Fortress are four SigMaxiss Cannons mounted on the arms and shoulders (which are ejectable). As they were developed from the Diva-class's Photon Blaster Cannon, each cannon can take down any Vagan MS with one shot, even those outfitted with Electromagnetic Armor. When used simultaneously, the four cannons can generate a more powerful blast that can take down multiple enemies.

The AGE System is the Special OS for the Gundam engineered by the lineage of the Asuno family. It researches the evolution of living beings by digitizing the mysteries surrounding it and collects battle data to customize itself, grows alongside the pilot and is customized and used exclusively by the pilot itself. The only way for this system to be used and the Gundam to mobilize is by using the AGE Device.

The Core Block System allows the Gundam AGE-3 to be separated and re-combined in emergency situations as well as to change wears in any environment without the requirement of AMEMBO to specifically transport the wear variation.

The Wear Systems used in Gundam AGE-3 are transformable into their G-Wear configurations, namely G-Cepter for AGE-3 Gundam AGE-3 Normal Wear and G-Viper for AGE-3O Gundam AGE-3 Orbital Wear respectively. However, these have their own cockpits and require a pilot to activate and launch the G-Wear while the auto-pilot system will align and dock with the Core Fighter to become the desired variation. Later upgrades to the Wear System negated the G-Cepter cockpit, allowing for the desired wear to be launched independently

For the history of the Gundam AGE-3 Fortress, please see Kio Asuno's page. 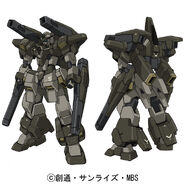 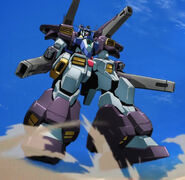 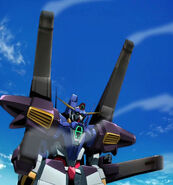