Appearing in Gundam Build Fighters Try, it is a customized Enact Commander Type Gunpla built and operated by Daiki Miyaga, president of the Seiho Academy's Plastic Model Club. It features a lime green color scheme, and incorporates features from the AEU-09Y812 al-Saachez's AEU Enact Custom like the head design and the Blade Rifle. It can be equipped with the AEU-MA07013 Agrissa Type 13 when more firepower is required. 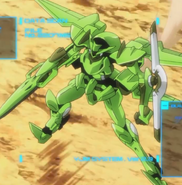 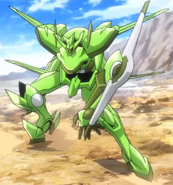 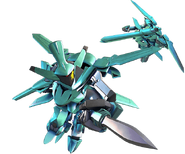