Should Sunrise remake Endless Waltz but with the TV designs? I'm asking this because Sunrise is starting to tap more and more into its Western fanbase, and from what I have seen, most western Gundam Wing fans grew up with and associate more with the TV designs rather than the Katoki redesigns. Practically everything else would remain the same (if necessary, the whole animation could be redone in modern digital style to accommodate the new footage, but it would still use the same audio, music, and plot.) It would also be nice to see Okawara's take on Katoki designs such as the Tallgeese 3 and the Serpent.

For me, so far it's Char's iconic red Zaku and gelgoog for me. I think it is simple yet frightening and cool like a futuristic cyclops warrior, and i love the double sided beamsaber. My favorite anime mechs are still from Gurren lagann and Code geass but i definitely think Gundam will catch up as I see more of the series. And of things i've yet to see, the death-scythe mech from wing seems like it will be especially awesome. 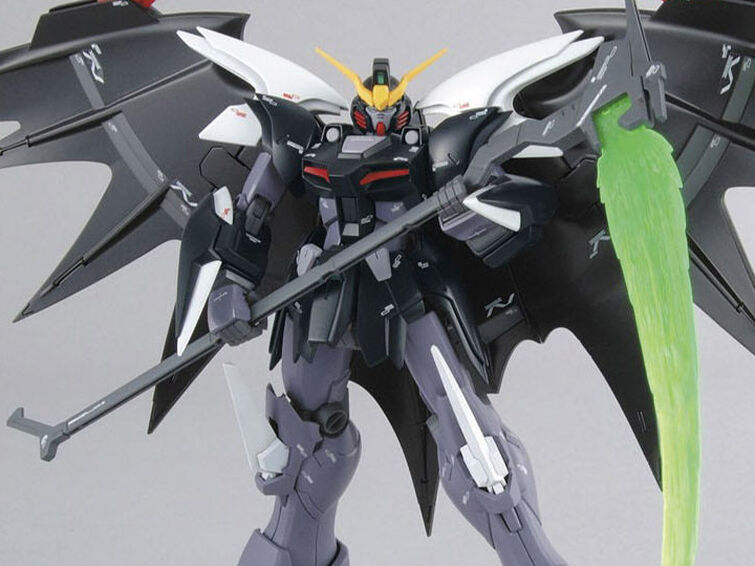 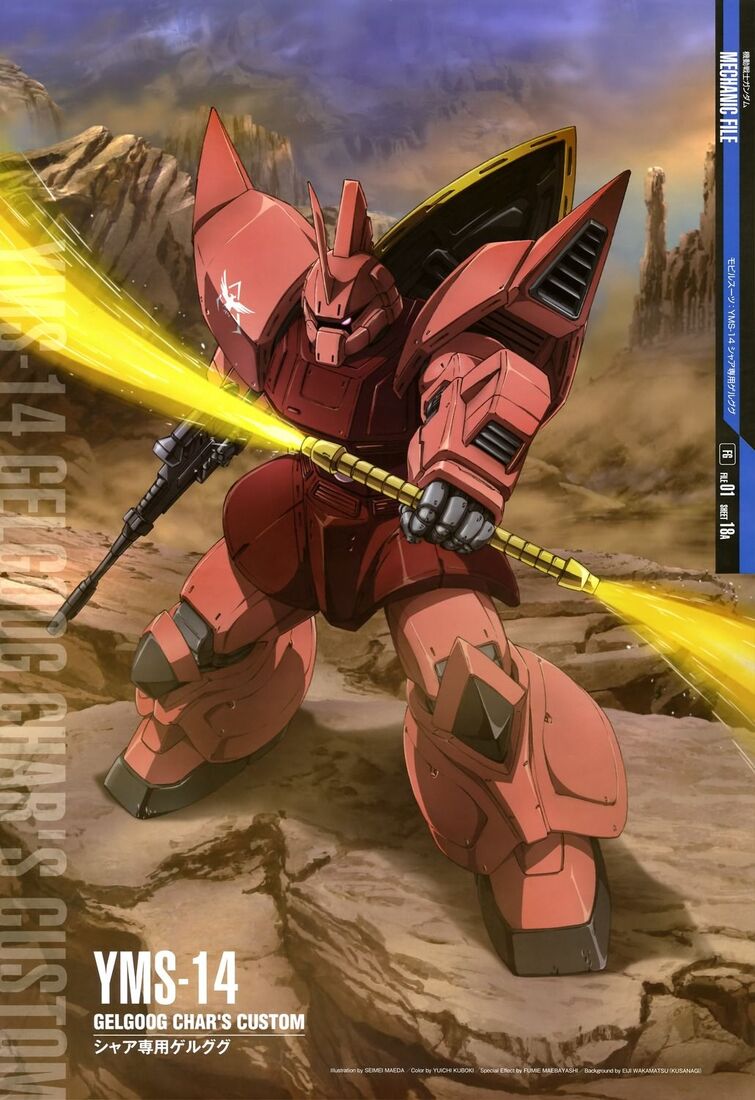 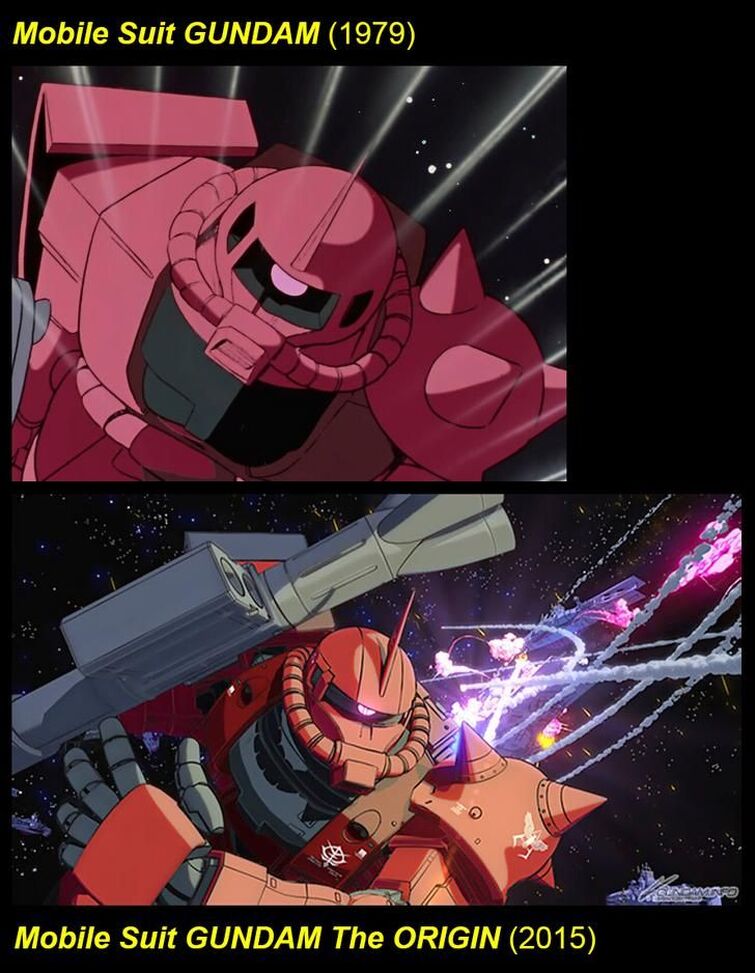 I guess I spaced this from my memory, but in MS IGLOO: Gravity Of The Battlefront, there is a God of Death who shows up to haunt the MC of each episode. I seem to remember a friend mentioning how there’s a Ghost of death in Gundam. Guess I found it lol. Is it weird I find her pretty? Gives me FF vibes lol. Especially with that massive coat collar. 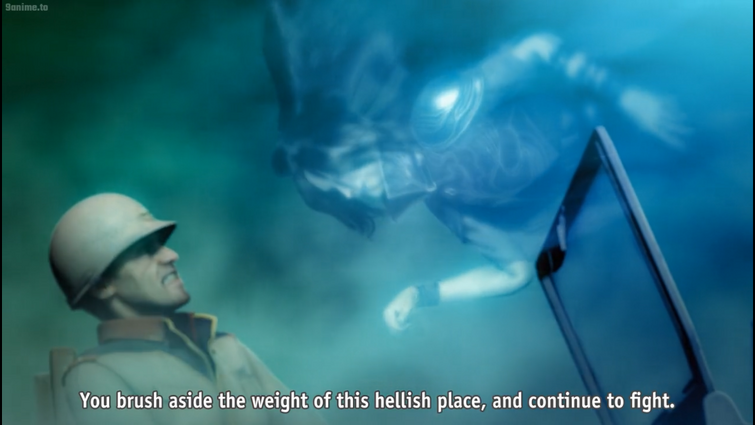 I’m doing mental jumping Jacks trying to rationalize something like this lol. Like maybe an ancient malevolent newtype ghost? Well ancient, I guess 79 years isn’t too old but still. 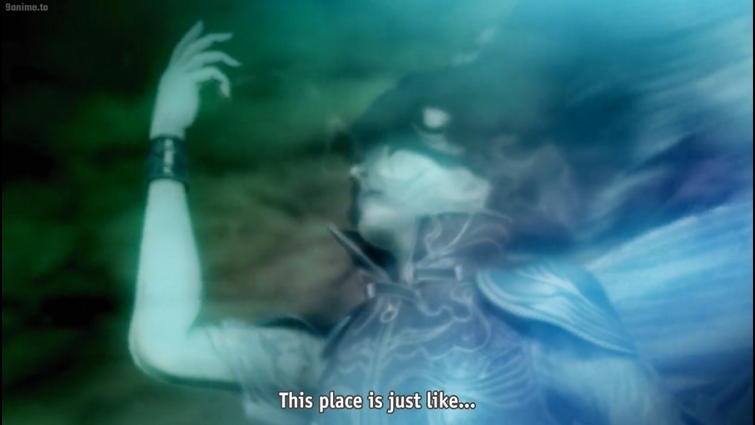 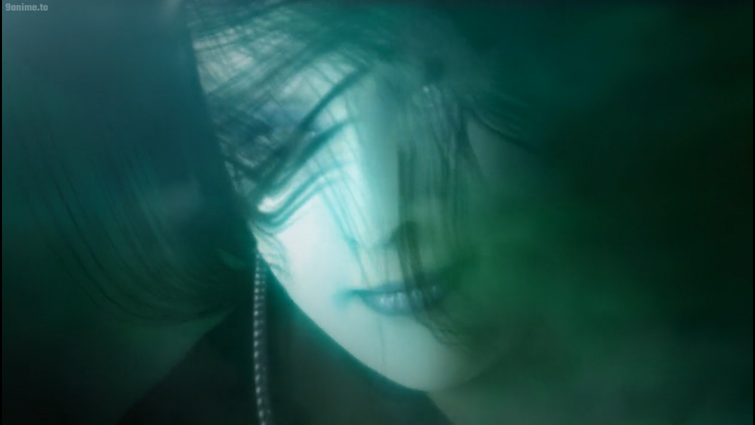 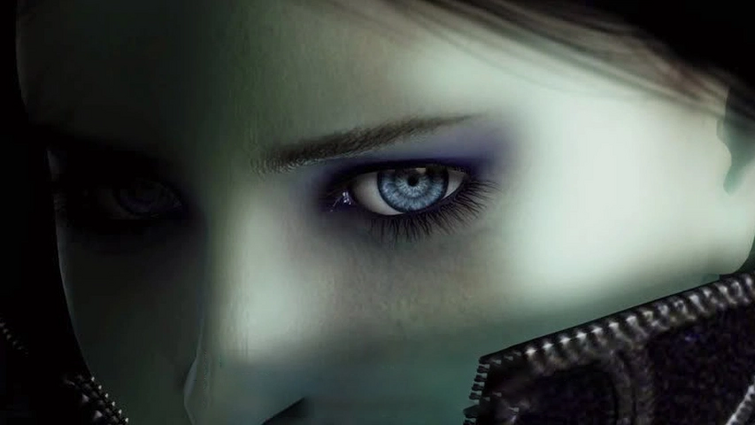 Almost feel it’s worthy enough to have a wiki page about it but idk I get not having one. It’s quite an anomaly without explanation.

Edit: I’m realizing now it’s metaphorical not literal. Although the fact that the idea of a “Death god” is represented the same way every time had me extremely confused

I’m new to the franchise was recommended to start from the beginning. I was pleasantly surprised by how good the anime was in terms of both writing and animation for such an old series.

The story was never slow or boring which I had expected it to be at times. Instead, it was highly focused on the characters and their relationships while finding times to introduce meaningful world building. The moral ambiguity of the world is very intriguing and I’m not yet sure with which side, if any, justice lies. While the exact reason for conflict is still unclear to me, the overall nature and consequences of of the war are still understandable.

I thought the characters would be cheesy and generic. But Amuro reminded me less of the one dimensional, friendship driven Pegasus Seiya and more of the angsty and realistic teenager like Shinji Ikari. I didn’t really expect it to be that mature but Amuro is actually much more flawed than the average anime protagonist which also makes him way more interesting. Being too cowardly to fight then mercilessly killing people and dehumanizing the enemy, I’m really interested in where his character will go, whether he’ll go the pacifist route or continue giving in to hatred. Char as expected of his slick design and role as the main rival/antagonist is intriguing and mysterious as well.

The animation was actually really good and full of sakuya moments. I couldn’t get through a single episode of Saint Seiya which entirely still frames with zero actual animation outside of the opening. The only problem was the flashing white lights during some scenes which seemed annoying and unnecessary.

(Sorry for shitting on Saint seiya, I ended up reading the manga and it was solid, I was just using it as a point of comparison)

tldr: it was really good and I’m glad I started it.

For me, it was Stardust Memories. Some of the characters were annoying, the plot wasn't used well and the gundam designs weren't that good (I did like the mobile suit designs though)

Just a weird question that I thought I’d ask to the world.

Tbh the South Sea Alliance from thunderbolt is something I find terrifying. A mind controlled hive mind cult? No thank you. Although granted that is a bit of an over simplification. As many of their members retain individuality despite being linked to Levan Fu’s cyber Newtype powers. Still, I cannot get over their stoic and lack of feeling. The one beaten up Zanny attacking Daryl’s Acguy was super scary to me. Fighting an enemy that doesn’t fear death is pretty scary to me. 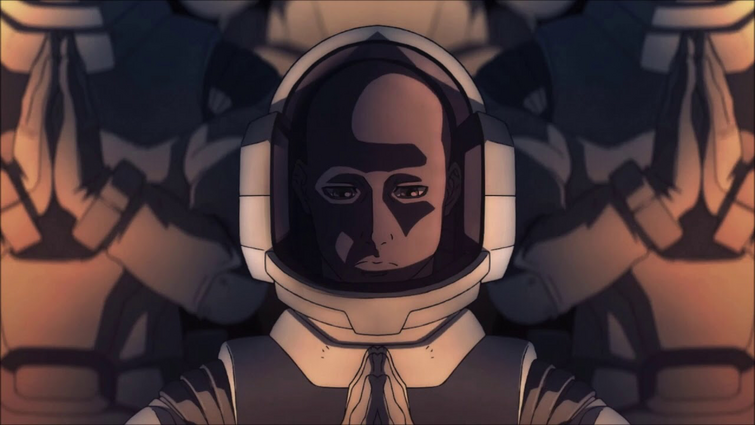 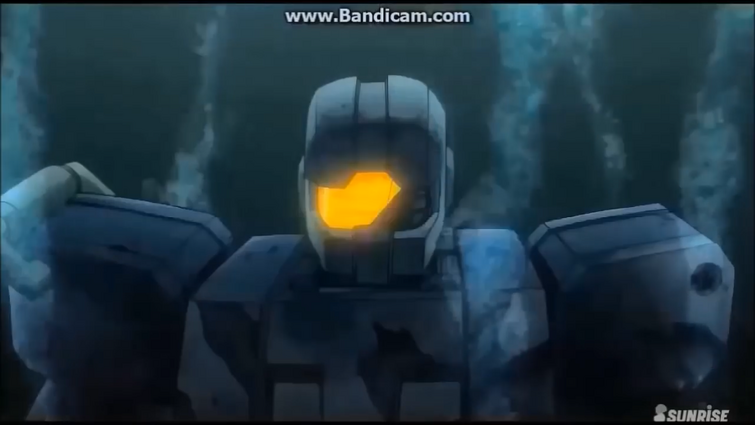 The other one I find scary is the Ashtaroth Team, which I only found out about from Gbo2. The group was a Zeonic team based in Australia during the OYW tasked with designing plant life that would destroy Earth’s ecosystem, causing an evacuation. They succeeded in its creation but Ghiren ultimately decided against the plan, the colony drop also made matters worse for the team. But that’s all I really know about them. But that world ending plan is diabolical. A world ending flora is pretty scary to me. They’ve got one super cool logo though. The logo communicates what they’re all about, not often that happens in Gundam tbh lol. 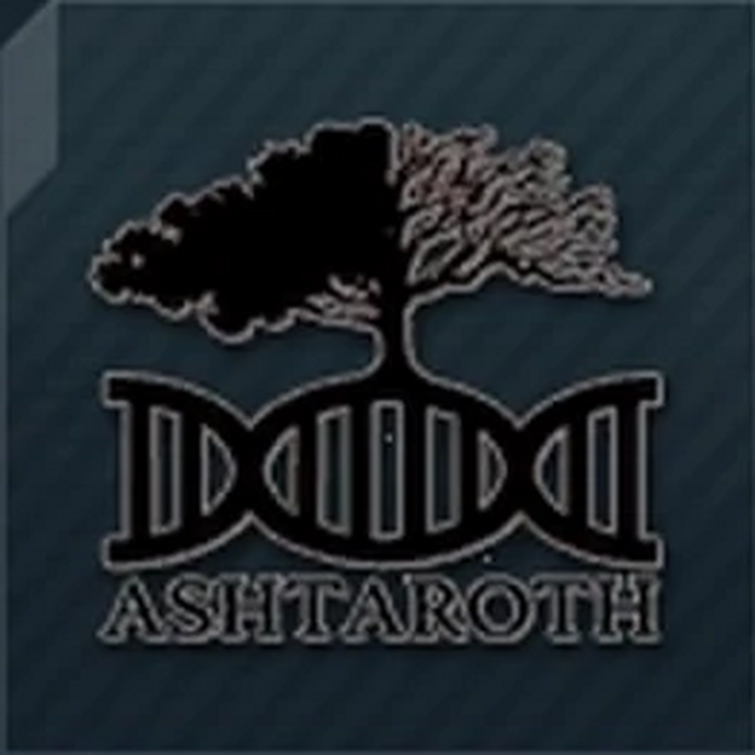 So apparently Gundam Build Divers: Re-rise has furry characters in it. That makes me happy. Some of you prolly didn’t know that, did you? Here’s proof: 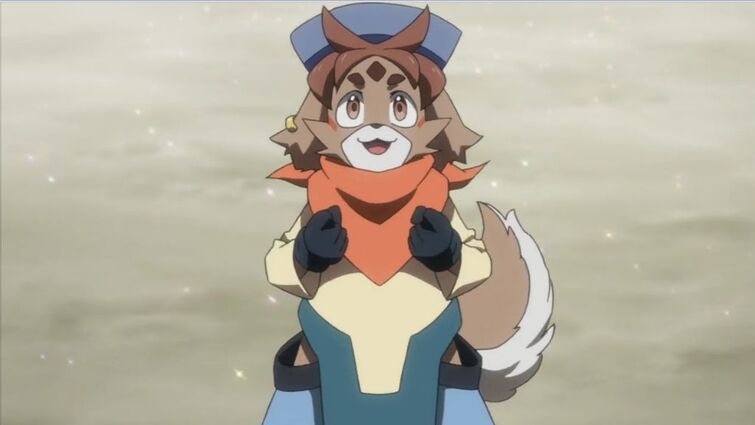 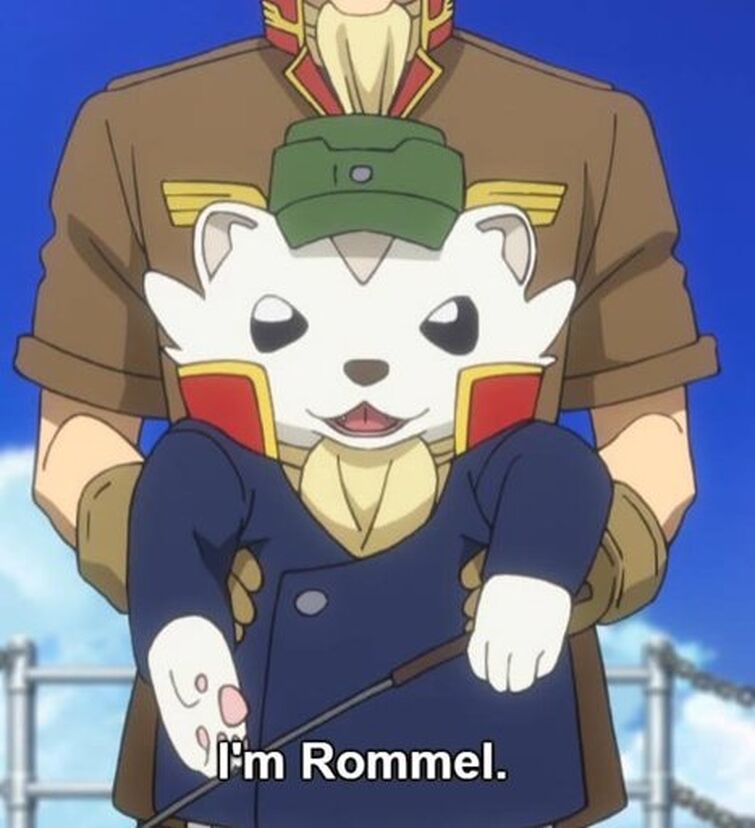 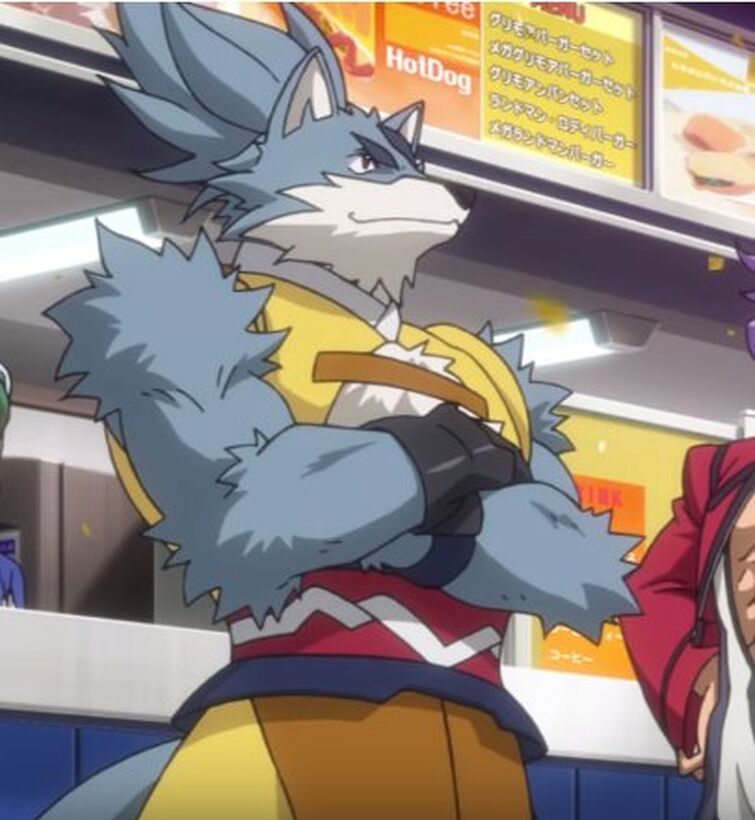 Rommel might be from another Gundam anime, but the other two, or at least the wolf pilots a Gundam. 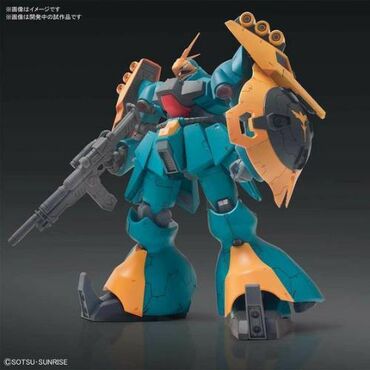 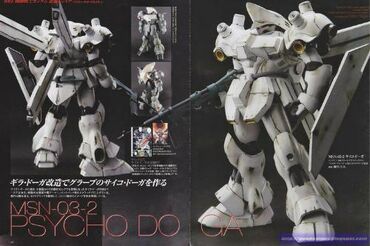 Recently been binging gundams series among them is mobile fighter G Gundam. I realized the impact it had on me as a child and how much i still like it despite its over the top elements. So how many other G gundam fans do we have in the community?

OK, so... Reiji and Aila have a daughter. In the OVA of BF Try, that daughter looks at least 5 years old. Aila and Reiji are 22 in BF Try OVA. Does this mean her daughter was born when Aila was at most 17 years old? Wouldn't this mean Reiji married Aila when they were around 17?

Wow... Reiji is not as dense as I thought. 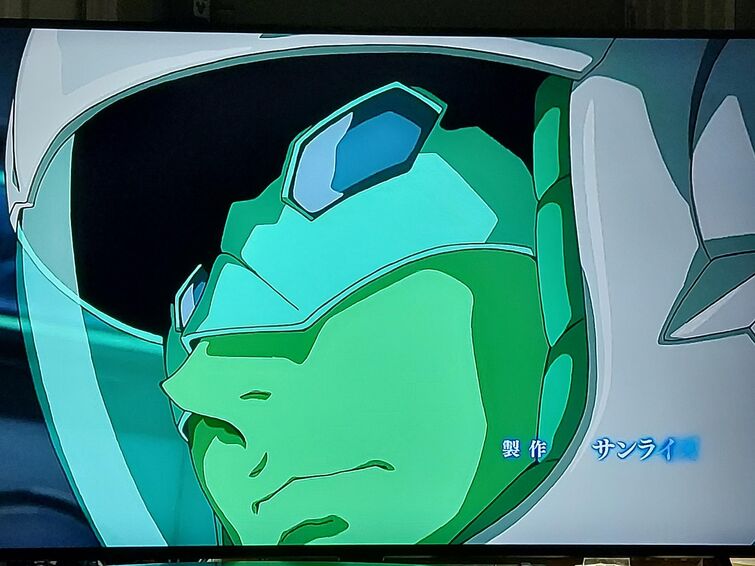 Recently rewatched 08MST and in EP 2 and there is a blink and youll miss it moment where there are (atleast) 3 GM Sniper G being serviced in a hanger at the Kojima Base. I have already put the photo in the gallery for it but the question is, on the lower right of the photo you'll see that the YHI YF-MG100 100mm Machine Gun has a magazine matching the camo of the GM Sniper G, and we consistently see that the magazine will always match the color of the MS using it (differences in colors between the Ground Gundam, Ground GM, & Ez8. All 3 having slightly different hues), which gives heavy implied evidence of its usage by the unit. Is it safe to add it or no? 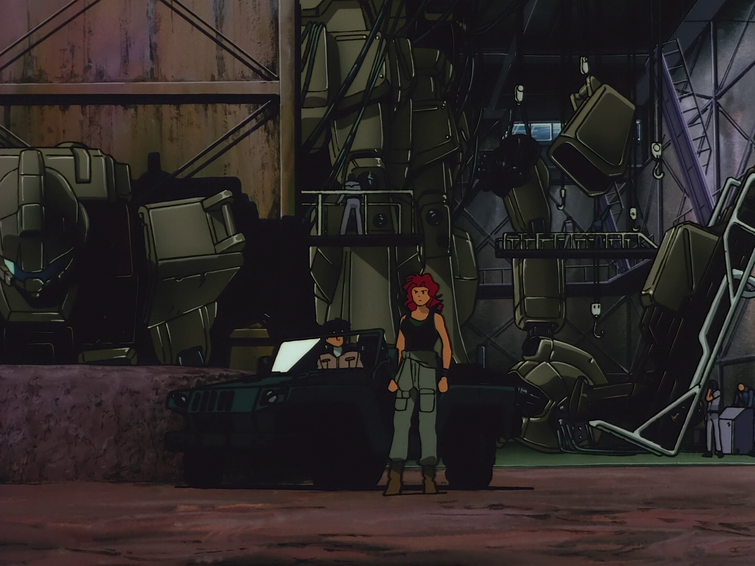 During the calamity war, are mobile suits ever used to fight against other human factions or is it only used for defeating mobile armours????

The build fighters ones were all amazing. Although there might be one im forgetting. Idk I’m just super hyped

The main Gundam channel on YouTube (GundamInfo) is planning a livestream tomorrow, 3/24, to announce the main cast & theme song composers.

(The visual used for this news also shows off the title character's new design.)

is it just me or is shinn abit broken in the head about stella alot more than "love interest" would normally account for, she glasses three cities and he cant fight her even though she's nuts then gets pissed when kira puts her down? christ there has been a more unlikeable MS protagonist in the entire series

Yo huh I finally unlocked Lacus and I have her get every license to every major mobile suit so I can have her run errands to make them stronger and I have Rosamia at high friendship level and I used a male pilot and she calls him Big Brother.

And they say she only did that to males but I'm using Lacus and Rosamia called her big brother as well. What is going on here?