New to this Wiki, just a new/naive gundam fan. Fell in love with Wing when I was a kid and I am just getting back into it. Also a collector addict that loves collecting cards. Wondering if anyone has any info on the multitude of Gundam Card series.

From what I have found online there is teh Try Age Series, Duel Company Series, Gundam Chronicle Series, but there is little to know info on any of these. I am already collecting the american Gundam Wing Bandai 2000/2001 cards and almost have full sets. The Try Age cards look amazing but not sure if these were only ever sold as single cards.

Wiki doesn't seem to have much info

-This what you mean?-

I have some cards from when I was in Japan, but these probably aren’t what you were talking about 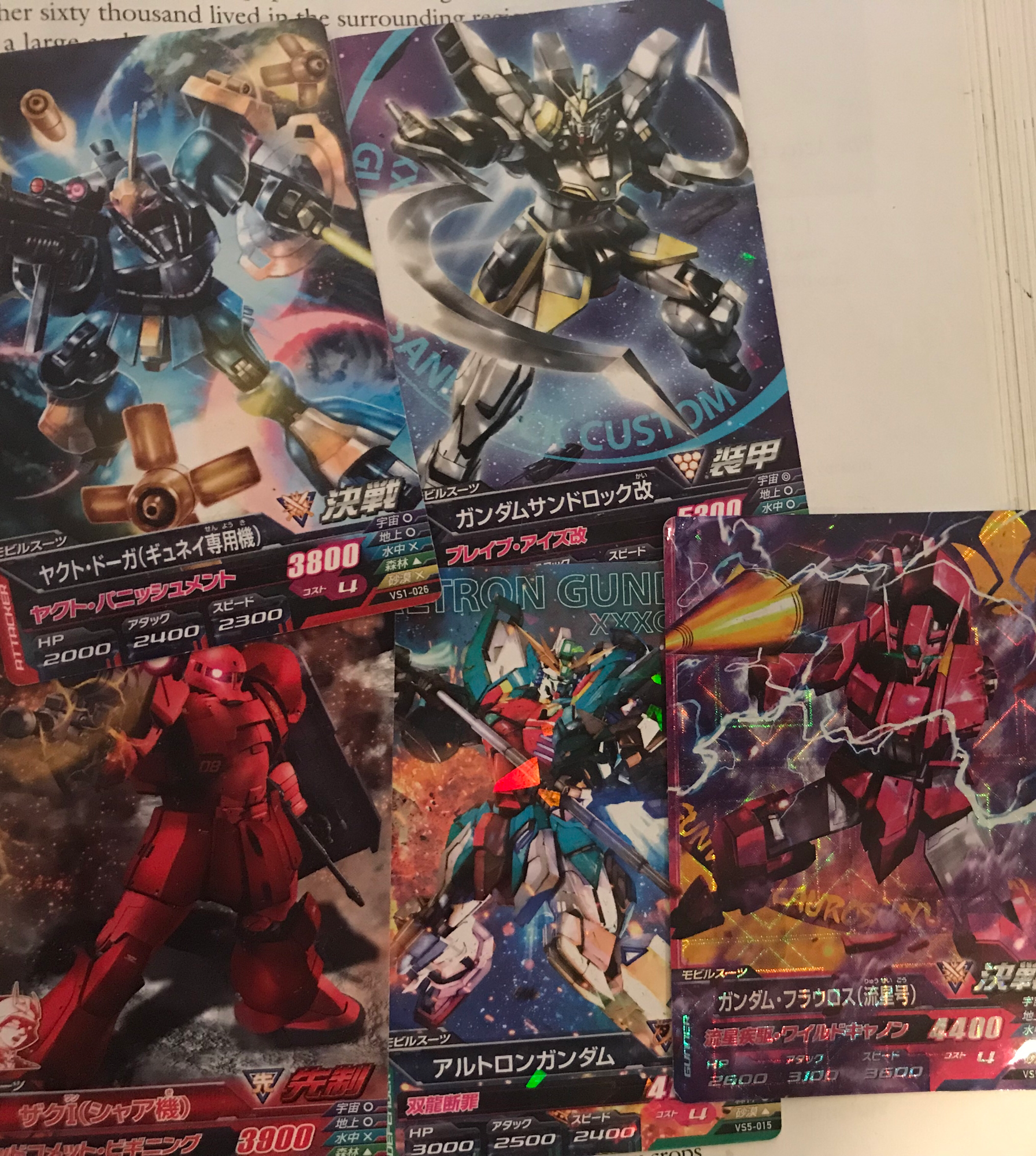 -I know they've been out of print in the states for a while. Still going strong in Japan though.-

I'm getting depressed just looking at that picture of the Flauros

-You could look for one yourself. Ebay or whatnot.-

Depressed as in it reminds me of that sad episode...

Supercat yeah those are from Try Age, and they are awesome but I don't know how they were sold haha. Just gonna have to keep searching!

Sorry, that probably didn’t help. Those are just from when I played the arcade game in japan. I have a few more. Can you describe what you are looking for?

From what I’ve seen, you can get the try age cards on eBay, but they might be too expensive