I think the Gun Cannon is under estimated to much with its power. It has two cannons and intense strength and is commonly seen with a beam rifle and we know the destructive capabilities of that gun. Anyways here's a drawing of did of the Gun Cannon. Let me know your thoughts below! 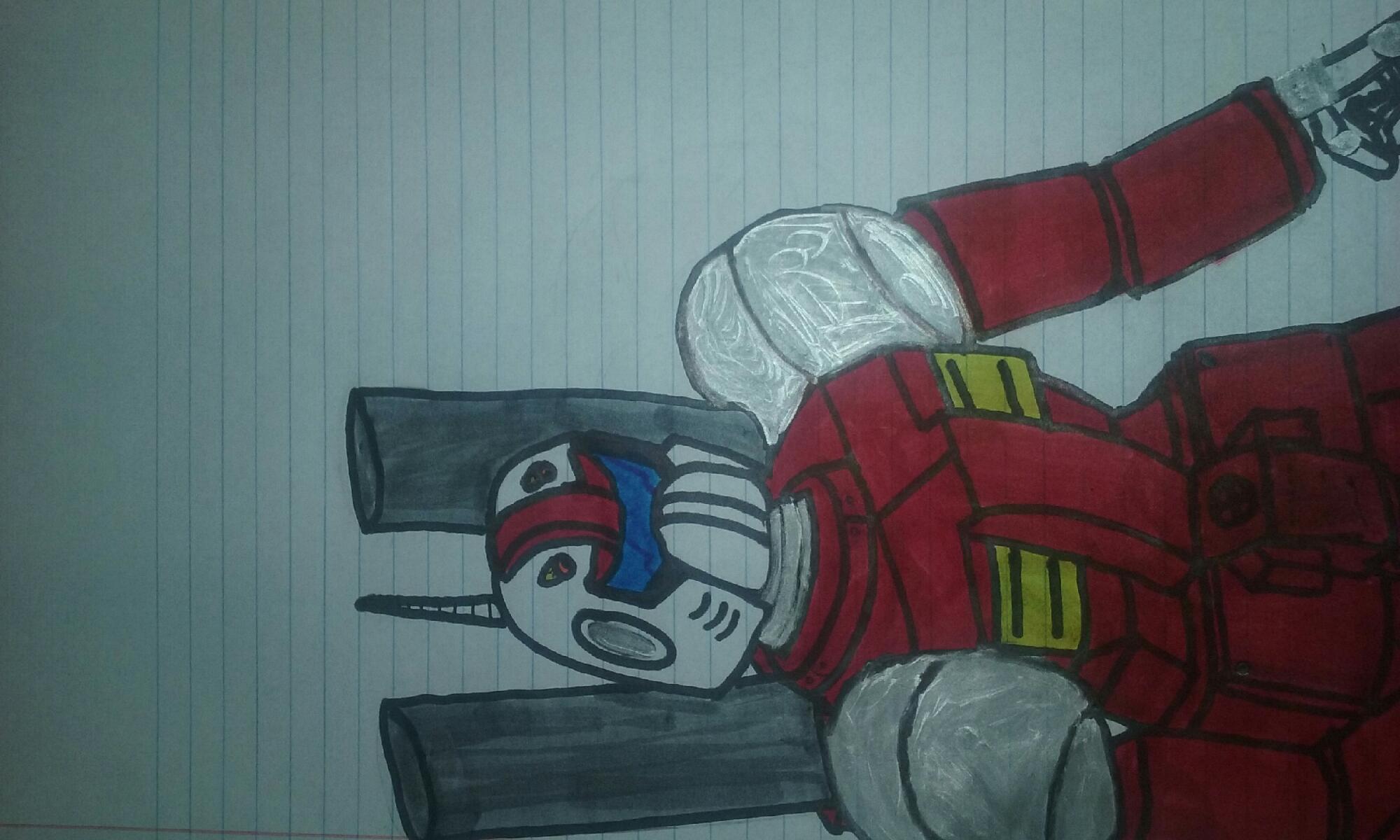 The reason it might be underestimated by many is its lack of modularity compared to the Gundam. I don't recall it having melee weapons other than its bare fists. If a Mobile Suit like a Gouf or Dom closed its distance, the cannons and beam rifle would be useless. It is underestimated, though. For its role there are few, if any, mobile suits that compare. Also, nice artwork.

Indeed. Keep your target at a distance and you have it in the bag. I do recall in a short movie for one of the games during A Baoa Qu. Some character's Gelgoog was used as a springboard for a Guncannon. If skilled enough, I bet a ball pilot could take down a Gelgoog like Shiro Hamada did a Zaku in 08th MS Team.

I'm sure he could.